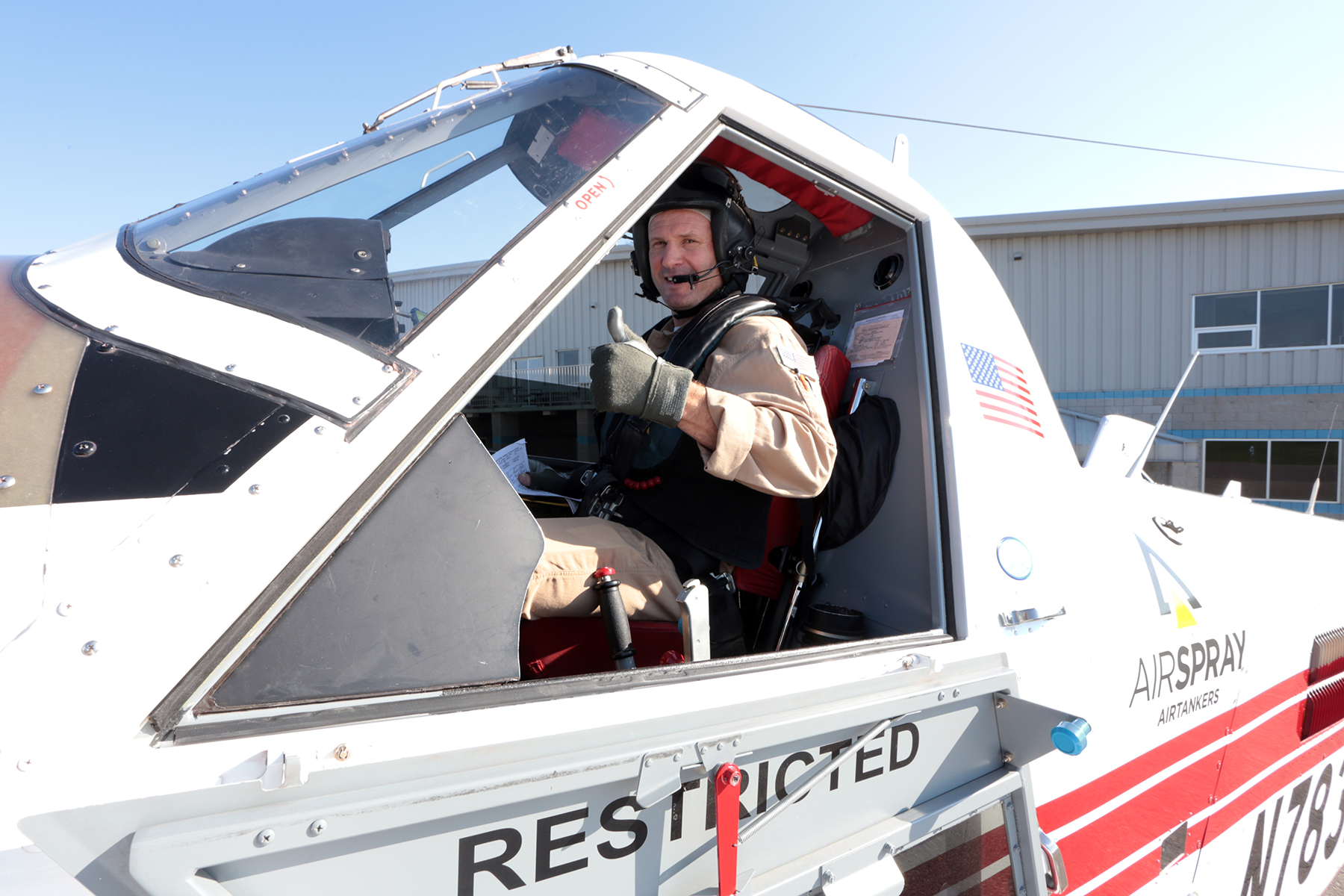 “We are extremely proud of the property and lives saved with the Fire Boss. Over 15 years ago, we had an idea of making a smarter, faster and dependable SEAT (single engine air tanker). To deliver the 100th set surpasses any expectations we had at the beginning.” Said Bob Wiplinger, CEO of Wipaire, Inc. which owns Fire Boss, LLC.

The Fire Boss is the product of an alliance between Air Tractor, the world’s leading manufacturer of aerial spraying aircraft and Fire Boss, the innovator in aerial firefighting. Air Tractor makes the pre-installation modifications to the Pratt & Whitney PT6A-7F engine and to its AT-802F aircraft. Then, Fire Boss LLC completes the conversion, adding specialized Wipline water scooping floats.

“Teams on the ground expect quick, reliable first strike capability and this demand influenced our decision to invest in the Fire Boss” Said Ravi Saip, General Manager for Air Spray USA Inc. “This is our 6th Fire Boss and it will be put into immediate service, supporting the Western and Central United States.”

Fire Boss equipped aircraft currently operate in North America, South America, Europe, Asia and Australia. In operation, the Fire Boss cost per gallon of dispersed water is 70% less than the CL-415 amphibious tanker and can be dispatched in as little as 5 minutes.